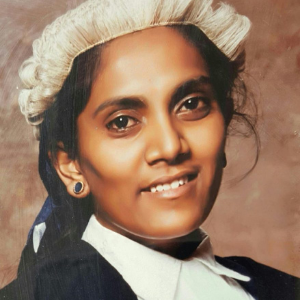 Neeta has over 26 years’ prosecution experience gained in the CPS and internationally.

As a former Senior Crown Court Prosecutor, she has dealt with a very wide range of criminal cases from simple thefts to murders and rapes.  She also has vast experience of road traffic cases.   Advocacy was at the heart of Neeta’s career and she has appeared in Magistrates courts and Crown Courts throughout her career.

Neeta was also an active Trade Union Member and was a full time elected Equal Opportunities Officer where she represented senior Lawyers in the CPS with internal disciplinary matters.

In 2002, Neeta was appointed as the first lawyer on the Employment Appeal Tribunal as a lay member.

Neeta also has over 16 years’ judicial experience having sat as a Judge in the Immigration & Asylum Chamber and the Employment Tribunals.  During her judicial career she has adjudicated on a vast range of cases including asylum, deportation, deprivation of citizenship, spousal visas, Indefinite leave to remain, Points Bases appeals, etc.   In the Employment Jurisdiction, she has adjudicated on the range of discrimination cases, unfair dismissal cases, breach of contract, constructive unfair dismissal, part time workers’ rights, whistle blowing, etc.

During her career in the CPS, she was the first legal trainee sponsored by the CPS to qualify as a Barrister and having started as a Crown Prosecutor she was promoted through the ranks to reach the Senior Civil Service Grade as an Assistant Director of Criminal Justice Policy.

Neeta is accredited under the Public Access Scheme to accept instructions direct from the public without engaging a solicitor.