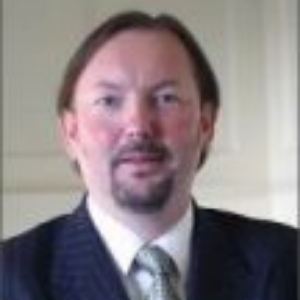 Michael comes from a Human Rights and Common Law background but has focused in more recent years on Criminal, Road Traffic, Regulatory, Employment, Family, Health and Safety and Personal Injury laws. He also has a special interest in cross border insolvency.

Called to the Bar in 1984, at the Honourable Society of the Inner Temple by David Tudor Price, then the Common Sergeant of London, Michael practiced in London and the Midlands before becoming one of the founder members of St. Albans Chambers in 1998 for 11 years.

Since then he has worked as a Consultant to one of those rare firms listed on the VHCC panel scheme by the LSC and joined Foregate Chambers in Kidderminster whilst being geographically based in Leicester. For the same firm Michael acted as Supervisor for an employed barrister in quasi pupillage.

Michael is happy to be instructed on behalf of defendants and prosecuting authorities.  He has appeared in a wide range of complex matters including child abuse, serious fraud litigated by the Serious Organised Crime Agency, money laundering, POCA including Section 10 A determination for third party intervention, breach of copyright, drug trafficking and those involving sexual and dangerously violent offenders such as rape and attempted murder trials.

Careful preparation and thorough presentation of the legal and factual matrices are of the essence to his approach to advocacy. Michael is by consensus “a safe pair of hands” and was described by an experienced solicitor as “the personification of sweet reason”. In January 2007, he represented an Appellant who had sacked his legal team, against a mandatory life sentence with a minimum term of twenty-seven years for murder with a firearm.

Frequently Michael has been called upon to represent first team professional football players including at Premiership level in Road Traffic matters.

A six-month snap shot shows that in the Crown Court at Leicester, Michael successfully defended one of eight defendants, a Cameroonian gangster, in an alleged conspiracy to defraud, to the value of £47,000,000-00. This was followed by a much-needed holiday after which he represented a defendant in the Crown Court at Nottingham, gaining acquittals after a trial of attempted murder and armed robbery.

Robust cross examination and close scrutiny of the alleged facts with a thorough knowledge of how to apply forensic analysis are hallmarks of his practice.

Michael has gained invaluable civil litigation experience including disability rights/benefits with the Free Representation Unit (as a pupil and also conducts pro bono work from time to time for the Unit as well generally), firearms licensing, civil actions against the police, landlord and tenant, domestic violence injunctions and related Orders, matrimonial property, fully contested divorce trials, complex child contact disputes and domestic violence cases, building contract disputes and complex employment law including a recent 3 week trial on multiple issues relating to racial discrimination and unfair dismissal, appearing before a wide range of tribunals and courts up to the Administrative Court, Chancery Division and Court of Appeal.

With an active interest in consumer credit law, understanding the inter-relationship between criminal law and Credit Hire Contracts has led to experience in personal injury litigation.

Employment, Crime and Immigration laws are worthy of intellectual focus together as subjects which frequently overlap in his practice. One example as part of his Regulatory Law practice, is where the owners of an Indian restaurant had to juggle defending a Fire Safety prosecution with systemic failure in employer relations and the need to maintain a safe system of work.

As CEO of a CMC regulated by the Ministry of Justice, Michael fully realises the importance of the Criminal Law in underpinning all Regulatory Law regimes including Employment Protection for employees and business owners. Corporate manslaughter has given rise to the need for enterprises to grasp the nettle of what can happen when there is a convergence between compliance regulation and the Criminal Law.

Michael has been officially praised by a victim after prosecuting a sensitive case so well that her Member of Parliament wrote a letter to convey her gratitude.

Michael is accredited under the Public Access Scheme for direct instructions.

The Times, March 29, 2000, D.C. Food safety regulation. Relates to the consequences of being in a silent partnership for the purposes of strict liability. Dealing with regulatory law liability to criminal sanction even following violent breakdown of a partnership.

Justice of the Peace Journal.Clarifying the old law relating to the admissibility of evidence of character in the context material it may appropriate to adduce once a defendant loses the “shield”. This deals with the divisibility of bad character.

The Court of Appeal considered the relationship between the right to free speech under ECHR, the Human Rights Act 1998 and restraining orders under the Protection from Harassment Act 1997. The key question arose as the Crown Court at Leicester had imposed a restraint against publishing material “even if true”. This was in the background of a systematic campaign on the Internet, of character assassination by a sophisticated Appellant with a degree in computer science.