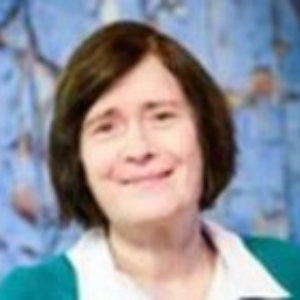 ​HIGH COURT OF JUSTICE AT THE MANCHESTER CIVIL JUSTICE CENTRE

​HALL V DPP 2013 HIGH COURT OF JUSTICE QBD HEARD ON 23.JANUARY 2013 AT ROYAL COURTS OF JUSTICE ON THE STRAND allegation – failing to furnish

​Family:  Public and Private law / care proceedings / contact to children in Local Authority care / residence and contact cases, including serious cases where allegations of sexual / physical abuse are made and dealt with by way of split hearing / ancillary relief / cases where parties neither married nor civil partners and and division of assets depends on trust principles / preparation of and assessment within proceedings of pre nuptual agreements. Applications for non molestation and exclusion orders, in cases of domestic violence. Maura has substantial experience of family work over many years and is a member of the Family Law Bar Association. Reported cases in which Maura has appeared include:

The issue was whether a sailor’s lump sum gratuity could be classed as a “financial resource” by the court – the Court of Appeal held that it could in principle, whilst expressing the opinion that this particular sailor should not be further pursued for money.

The defendants were anti – abortionist demonstrators who were accused of watching and besetting property- they had been found not guilty at the Magistrates Court but the prosecution appealed. The appeal was dismissed.

​Immigration:  Maura has substantial experience in this fast changing, legally complex and important area of work, and is proud to have been instructed by many specialist solicitor firms.

Asylum / humanitarian protection appeals
Human rights appeals including breach of Article 8 rights contrary to European Convention on Human Rights
breach of rights as a European Economic Area National / family member including refusal of residence card to the spouse of an EEA qualified person appeals against removal decisions
Appeals against Home Office decisions not made in accordance with the law / the rules / which are racially discriminatory and / or a wrong exercise of discretion.

​Maura already has valuable experience in the Higher Courts having been instructed to appear in both civil and criminal divisions of the Court of Appeal (for cases in the Law Reports in which she has been instructed – see chambers website), also in the High Court and Administrative Court, in the Royal Courts of Justice, The Strand, London, and in the Manchester Civil Justice Centre, such cases having involved both civil and criminal work. Maura is keen to offer the full range of advocacy services on immigration work in the Court of Appeal and in the High Court by way of Judicial Review both at the permission stage and at the substantive hearing, including work in the local Administrative Court at the Manchester Civil Justice Centre, and has recently been instructed on an immigration appeal which is now pending in the Court of Appeal, having settled both grounds of appeal and skeleton argument in the appeal.

​Personal Injury:  Maura has experience of multi track trials, fast track work, stage 3 and disposal hearings, also interlocutory applications including request to enter default Judgement /application to set aside Judgement and CMC hearings, with substantial experience in settling advices on quantum of damages, and in settling particulars of claim.

Maura is accredited under the Public Access Scheme for direct instructions.