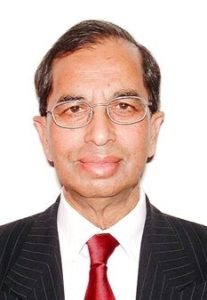 Anis Rahman OBE read law at Westminster University. He has a Master Degree in History, and a master degree in Politics and Government from the University of London. He has a postgraduate Diploma in Shipping from City University, London. He was called to the English Bar from the Honourable Society of Inner Temple in 1990. He was a Whitehall civil servant for fourteen years prior to joining the Bar.

Anis Rahman OBE is registered with the Bar Council for Public Access which means that anyone can now go directly to him for specialist legal advice, drafting and representation. As a Public Access Barrister, he advises members of the public, professionals and businesses from the UK and Europe on contractual, commercial, banking and employment matters. Anis Rahman OBE is a Legal Counsel and an Adviser to Biman Bangladesh Airlines and Sonali Bank in the United Kingdom.

Anis Rahman OBE specialises in Employment law both for the employers and employees and is a highly experienced defence lawyer in dealing with these matters in courts and tribunals. In Daniel Heslouin V LML Refrigerated Transport, (September 2012) he represented the Claimant in an unfair dismissal and age discrimination case at the Employment Tribunal. The Claimant is an international heavy vehicle HGV driver from France formerly employed in the UK. After a 3 day trial a significant judgment was promulgated in favour of the Claimant where British, French and EU Law were considered in reaching the decision.

He is also an experienced defamation lawyer and represented clients in the High Court of Justice. His notable cases include Sheikh Azizul Haque V Potrika, Notundin, Euro-Bangla and Bangla Mirror newspaper.

In 2009, Anis Rahman OBE was appointed an Executive member of the Equality and Diversity Committee of the General Council of the Bar dealing with race equality policy, diversity and good practice.

Anis Rahman OBE has written articles on local, national and international topics and some of which have been published online, in the Times and magazines. He is a seasoned and regular public speaker on TV, radio and at events about Britain, Politics, Diversity, International Affairs including the UN and has an everlasting passion to the Rule of Law.

As a member of the Bar Council Diversity & Equality Committee, Anis Rahman OBE took part in 2011 in a BBC2 documentary entitled ‘Who Gets the best Jobs?’ highlighting what the legal profession is doing to promote social mobility.

Anis Rahman OBE was a Magistrate for two decades and was an Adviser to the Home Secretary on Race Equality and Community Affairs. He is involved with several voluntary and community organisations and is a Trustee of Toynbee Hall in the East End of London and Anti-Slavery International.

He is also founding Honorary Legal Adviser of the British Bangladesh Chamber of Commerce (BBCC), an Honorary Adviser of Bangladesh Caterers Association (BCA) and a Fellow of the Atlantic Council in the UK (NATO).

In addition, he is a former Trustee and Adviser of the World Peace Forum, a charity that promotes world peace and is run under the Nelson Mandela Children’s Fund.

In recognition of his outstanding contribution in the British society, Anis Rahman was awarded an OBE in 2009 by Her Majesty the Queen. He was also awarded the Lifetime Achievement Award in 2012 by Channel S Television for his services to the community.

Anis Rahman OBE was granted the Freedom of the City of London in 2012.

In 2013, Anis Rahman OBE was awarded an Honorary Doctorate of Law by the University of Westminster in London.

Anis is accredited under the Public Access Scheme to accept direct instructions.